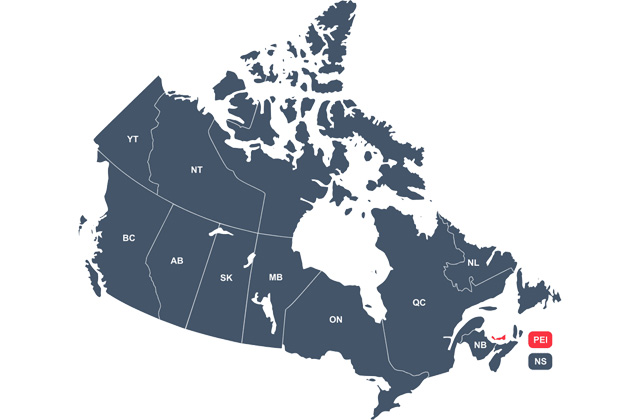 Prince Edward Island (PEI), which consists of the island itself and several surrounding isles, is Canada’s smallest province.

It is sometimes called "the birthplace of Canada" because of the Charlottetown conference, which led to the country’s formation. PEI is renowned not only for its lush farmland and beautiful coasts, but it is also home to a burgeoning economy centered on agriculture, tourism, and fishing.