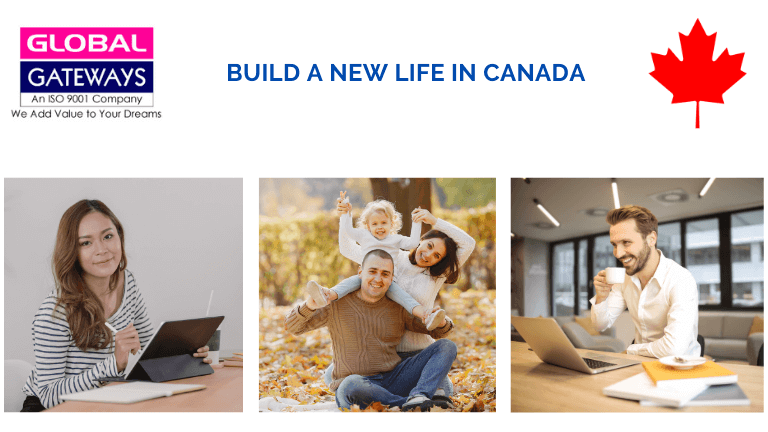 Canada is generally at the top in the list of countries people select for migration. The benefits of immigration to Canada are excellent, this is the reason people choose it over other countries. Diverse people with great geographical features, plenty of utilizable resources, various career opportunities are the main attraction of Canada.

The safety and the sense of being secure is what draws people to stay in Canada and the state government itself ensures high level of safety. Canadian social help system is also very renowned in Canada and it organizes various courses for people who have lost their job and want to start a fresh in a newer field. It also helps in searching and getting a job faster.

We are best Canada immmigration consultant in Bangalore 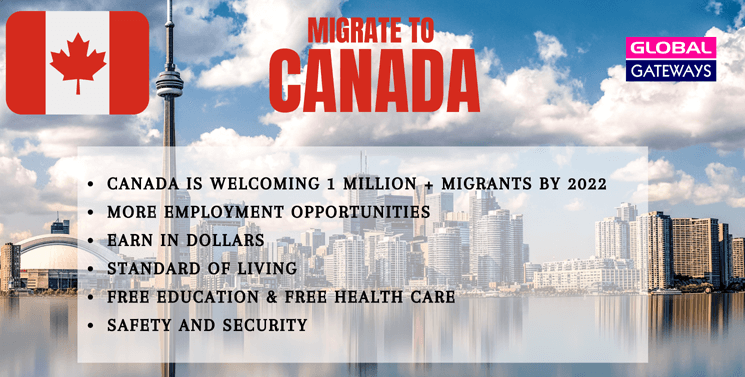 Canada is economically stable country and the wealth flow ensures that the people can get good remuneration for their job, rewarding career and stable income allows people to enjoy a happy life. Though Canada is a multi-cultural country, there is peace and harmony. Immigrants are allowed to start a business build rewarding career.

As Canada is a self governing country the immigrants as well as the residents play an important role in the country's economic and social life. Businessmen and skilled professional find a lot of job opportunities in Canada to take their career forward.

Canada is overall a quiet and safe place to settle in, and the process of immigration is not as complex as in other countries. Since the process is simple, applicant need not visit migration department of Canada, majority of the process applicant can complete online. The Canadian authorities evaluate the potential immigrants wanting to settle for jobs on the basis of educational qualification, age, financial stability, work experience and compatibility in language, and these are measured through point system. Candidates can seek the help of Canadian immigration lawyers for hassle free migration process.

Canada Immigration benefits are numerous and they are sure to make a positive difference in the living standards of any individual or family. The benefits include having access to a safe and clean environment, a well-developed public transport system, healthcare, education, and good working conditions.

A few of the major benefits of Canadian Immigration are explained below:
STANDARD OF LIVING

Benefits of Canada immigration include enhancing one’s standard of living. In addition to being ranked 9th in the United Nations (UN) ‘quality of life’ ranking in 2016, Canada has ranked 9th out of 200 countries in the UN’s annual Human Development Index (HDI). The HDI measures health, life expectancy, access to education and standard of living.

Out of 140 cities evaluated for the ‘most livable cities in the world’ by The Economist Intelligence Unit (EIU); Vancouver, Toronto and Calgary (all cities in Canada) were among the top five. But a high standard of living is just one of the many Canada immigration benefits that the immigrants get to enjoy.

Among the Canada immigration benefits, having access to state-funded healthcare is not something to be underestimated. Canada provides state-funded healthcare facilities that enable people from all walks of life to have access to quality healthcare without worrying about paying heavy fee to the doctor and medical treatment. And also if you are a Canadian citizen or a permanent resident, basic healthcare is completely free of cost! This is one of the most valued Canada immigration benefits among aspiring immigrants.

Benefits of Canada immigration include having access to a safe and clean environment. Canada has strict gun laws, it is not only illegal to own handguns but only one-third of the population has a license to carry firearms. It is no wonder Canada was named the world’s most peaceful country in 2007 by The Economist. The Legatum Global Prosperity Index (2016) has ranked Canada #2 in the world in personal freedom that measures the national progress towards basic legal rights, individual freedoms, and social tolerance. Those who give priority to safety count this fact as one the most important among Canada immigration benefits.

Having access to career opportunities and good working conditions is one of Canada immigration benefits. Since mid-2016, Canada’s economy has grown at a 4.3 percent annual rate. Based on data from the World Bank and the International Monetary Fund, Canada ranks 20 out of the top 25 richest countries in the world with a GDP per capita of $45,981. Canada is also one of the most powerful countries in the world as it is a member of the G8 and the Organisation for Economic Co-operation and Development (OECD).

A variety of immigration options which are less cumbersome is also considered as one of the many Canada immigration benefits. Canada has a fast-track system for immigration called Express-Entry for skilled workers. The skills of the applicants are ranked on their specific talents and job prospects through the Comprehensive Ranking System (CRS). The applicants at the top of the rankings are offered permanent residency.

Canada’s Provincial Nomination Program (PNP) enables Provincial and Territorial governments in Canada to attract immigrants to their region. This program enables individuals with the skills and experience required by the province(s) participating in Canada’s PNP to receive a Provincial Nomination Certificate which expedites the Canadian immigration and the Canadian Permanent Residency process. The fact that Canada offers vast opportunities for persons possessing different skill sets is definitely one among the many Canada immigration benefits.

One of the most prominent Canada immigration benefits is that the country is highly immigrant friendly. Approximately 20% of Canada’s 35 million people are from a foreign land, which makes Canada one of the world’s most multicultural countries. The diversity in Canada makes settling easier for immigrants as it plays a vital role in forming the tolerant and welcoming attitude of the government and people of Canada. The Legatum Global Prosperity Index (2016) revealed that Canada ranks 3rd out of 148 nations in the Social Capital sub-index. This measures the strength of personal relationships, social network support, social norms and civic participation in a country.

Canada immigration benefits include having access to excellent educational opportunities. Canada is home to an excellent education system hence providing quality education to its residents. Canada provides both public and private education systems. The public schools are funded by the government and are free for students until 12th Grade. Canada is also equipped with public colleges and universities where students have to pay tuition that is substantially less than private colleges and universities. Some of the top universities in the world like McGill University, University of British Columbia and University of Toronto are located in Canada.

The Legatum Global Prosperity Index (2016) has ranked Canada 3rd out of 149 nations in Business Environment. The Business Environment sub-index measures a country’s entrepreneurial environment including its business infrastructure, barriers to innovation and labor market flexibility. This ranking indicates that there are great employment opportunities available in Canada for people from all walks of life, which again is one of Canada immigration benefits.

Enjoying the natural beauty is one of the most attractive Canada immigration benefits. Canada has some of the most scenic places in the world. Niagara Falls in Ontario; Banff National Park in Alberta; Prince Edward Island; Quebec’s Laurentian Mountains; and the Capilano River area in British Columbia.