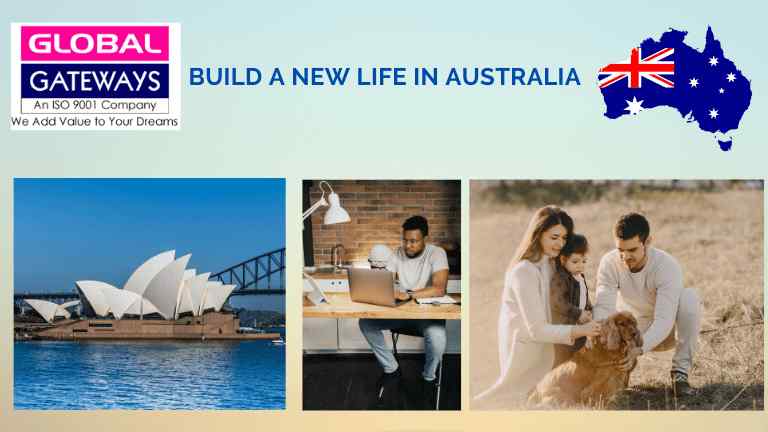 Australia is one of the most urbanized populations in the world with nearly half the population living in either Sydney or Melbourne. However the national identity is strongly linked with farming and the bush. This can be partly attributed to the traditional economic prevalence of primary industries, particularly mining and agriculture. Australian standards of living are very high by world standards and the population is generally well educated.

Australia is both an island and a continent; it is the largest island but smallest continent in the world. It is about thirty seven hundred kilometers from north to south and four thousand kilometers from east to west. It has an area of nearly 7.7 million square kilometers and is the sixth largest nation on earth; it is the lowest of all the continents with the highest point at only 2228 meters. The landscape variety more than compensates for the lack of height. Climatic zones range from tropical rainforests, to deserts, and cool temperate forests to snow covered mountains, Indigenous Australians.

Aboriginal and Torres Straight Islanders made up all the people of Australia before the arrival of European settlers in 1788. They formed many groups with their lifestyle, religious and cultural traditions reflecting a deep connection with the land. They spoke one or more of hundreds of languages. Now, they make up only a small part of the total number of Australians. They continue to live in all places including cities, towns, the coast, rural areas. There is no single culture but a mixture of current day and traditional thoughts, ways and practices.

On 26 January 1788, the First Fleet arrived in Port Jackson now called Sydney. They commemorate the date of that first landing as Australia Day, which is their national day. Migrants arriving with and after the First Fleet were mainly English convicts and free settlers. They included Italians, Greeks, Malays and people from other parts of Europe. The gold rushes attracted a large number of people from Britain, Ireland, Germany and China. Afghans also came at this time, bringing camels with them for inland exploration. Early Japanese settlers started the pearling industry in Australia.

Large-scale migration began after World War II and it is continuing today. The resettlement of displaced persons and refugees saw migrants come from Britain, many parts of Europe and the Middle East. After the abolition of the White Australia policy, migrants also came from many parts of Asia. Patterns that are more recent see more people coming from Africa. People from around 200 countries have come to live here and about a quarter of us were born overseas. We speak more than 200 languages with English the national language. We are encouraged to read and speak English. English is the main language used in schools, although schools teach other languages. Some schools have bilingual programs.

Australians are very friendly and helpful people, with a great sense of humor and a natural ability to tell jokes and play with words. The majority of Australians live in coastal areas because the interior of the country called "the Outback" can be a very arid area with many deserts and lack of water. Going to the beach on weekends in Australia is a very popular exercise, just as much as going to the Shopping Centre or doing any sport. The so called Australian Beach Culture is similar to California, Rio de Janeiro, and the Mediterranean. Australians live by the sea, and the beach complements the house creating an extended backyard in which to play. With the exception of some places that can get some winter weather, most of Australia is sunny throughout the year. This provides an excellent alternative of relaxation all year round. If you are not going to a special event, the fashion in Australia is pretty casual and laidback. Australians are very informal when it comes to clothes, despite the fact that some work places require a good standard of dressing. "Casual Smart" is required for companies where presentation and image are important. It consists of a long sleeve one-color shirt, with sleeves folded to just below the elbow, long pants of a good fabric, and leather shoes. No tie is necessary. Jacket and tie are usually only worn during business meetings, by businessmen or Real Estate Agents. Australians vary in their style of clothing, some loving colorful clothes and stamps, some hating it. Preservation of the environment is ten out of ten for Australia. It is amazing; how much care conscientious Australians dedicate to preserving the environment. It doesnt only cover nature conservation such as mountains, rivers, forests and oceans, it spans into the cities as well. Australians love Australia and are very proud of having a clean and beautiful land. The majority of the population is very concerned about ecological and preservation matters, involving themselves as much as possible to keep it that way. Not only will normal people report damage to the environment, but the authorities will also give you heavy fines for dumping anything you are not allowed to. Streets and locations are very clean. There are selective rubbish collections for most homes with recycling bins separated from bins containing other materials.

Where should I live?

The cities in Australia have many characteristics that differ between themselves, however they have something in common, the security. Any big or small city, during the day or night, allows a person to walk the streets without any problems or worries. The cities have a very similar infrastructure, which is a reason to why Australians move from one city to another, in accordance with personal interests. Work is an important factor in the internal migration; Australians are always looking for opportunities, and easily move to where they can find them. Today one determined profession can be in demand in one city, and tomorrow be in demand in another. The biggest difference however, is in the size and the geographic location, where the climate has an important influence in the life style of the inhabitants. There is no good or bad city to live or to visit in Australia. All offer excellent life styles, job opportunities, amusement, schools, and attractive tourism. That is, you can choose the life style you prefer, a city where you will be able to practice a specific sport, or in accordance with what you plan to study or work. For those job orientated any city of Australia offers work in a proportional way. In the biggest ones have more job offers, but also more competition, in small cities, less offers but also fewer candidates. All cities can offer some kind, its up to you to be able to get them.